As promised, an update on shop! This week has been a mixture of shop insulating, kiln firing,  and coming up with exciting ideas!  Theres something comforting about the white blanket of snow covering everything and a storm outside that makes all of the world seem to disappear!

Tucked in the shop with the storm doors up, a person can sing loudly and even dance without the outside world being any the wiser, all while artistic messes happen.

The messes start like every mess, with good intention. I had meant to spend the week insulating the back pottery area. The pottery area is one of the last places to be insulated and because it faces the water when the wind is blowing the cold air funnels through the shop. Another thing to note is the fact you could see between the floor boards in that area down to the icy water which on stormy days and high-tides wind and waves jump between the boards! brrrr!

So the pottery area was stripped and insulation was put down and its all being covered over with plywood which will be painted. 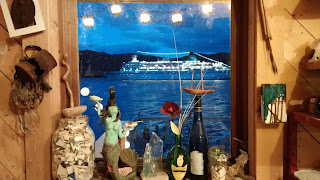 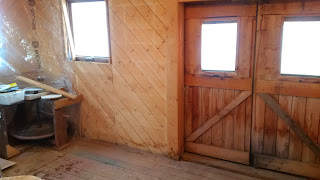 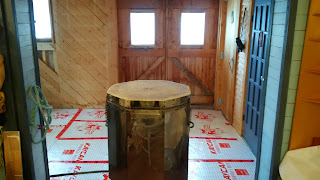 Posted by Galliott Studios at 5:41 PM No comments:

Whales and Seals and Eagles Oh My! 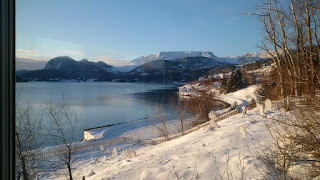 Well here it is the middle of winter, and though the shops have been battened down, the tourists have come and gone, and we have seen the flow and ebb of boats and fishermen,  there is still a lot of commotion "in" the bay!

For the last few weeks we have had schools of herring and mackerel in the bay making the water almost bubble! The sea gulls have been spread out along the surface with eagles perched on the neighbouring trees and seals resting with full bellies on the ice pans! Yet, most exciting of all is the whales!
We have seen Humpbacks, Fin whales and Minkies so far! Most of the activity (that we know of) has been at the end of the south arm of Bonne Bay, which we know as "Up the bottom".

If you come up for a drive bring some snacks and maybe a thermos of something hot! If you're around town after 2pm the local legion is a great place to warm up and have a coffee, beer or chips!
(At the moment we aren't open, but we are currently insulating the pottery area! Updates to come in the next post!)

Posted by Galliott Studios at 3:41 PM No comments: 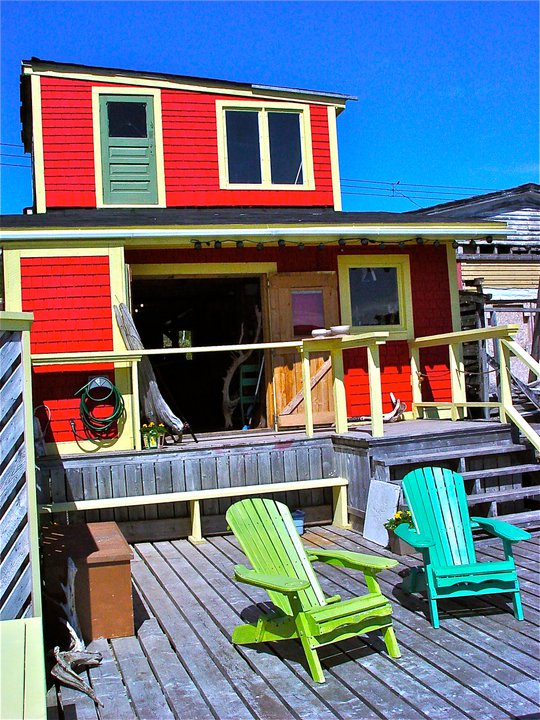